During our topic geography/history lesson, the pupils in Year 5 used atlases to help them locate the names of towns in Britain which are still influenced by Anglo Saxon place names and their meanings. They worked very hard to find place names quickly using the index and grid references. After that, they used their map skills to label the places on a Map of the UK. Some children noticed that there were many more cities, towns and villages around southern Britain, so we tried to think very deeply about the settlement issues that both the Anglo Saxons and we today still face regarding the topography of the land in Britain. There were some brilliant responses to some difficult questions. 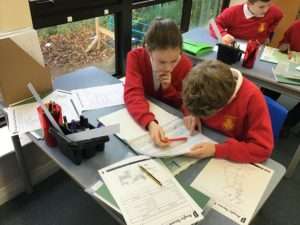 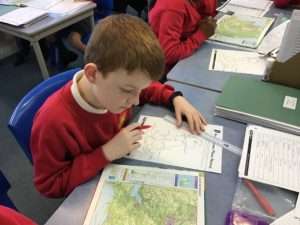 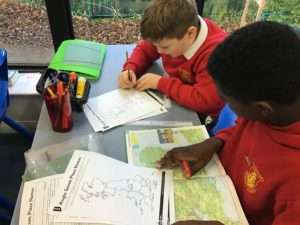 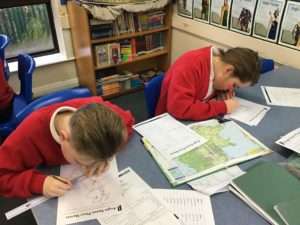 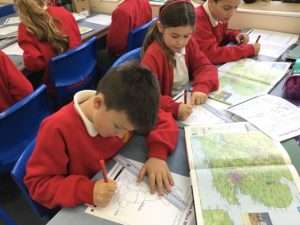