Year 4’s Maths lesson took place outside today. Every hour, they carefully worked in pairs to measure the length of their shadows. Their results were recorded in a table and then plotted on a continuous line graph. The children observed that as it got closer to midday, their shadows became shorter and then became longer again afterwards. They were able to associate these changes with the movement of the sun throughout the day. Without even realising, they became scientists as well as Mathematicians for the day! 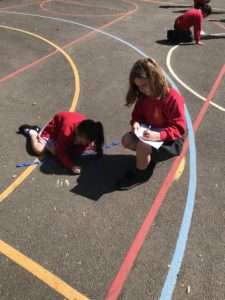 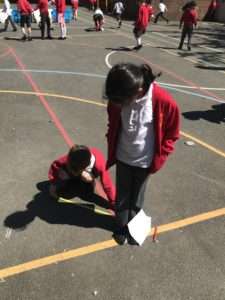 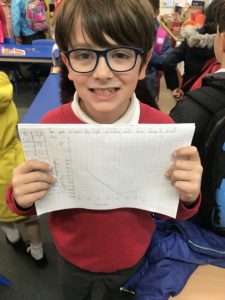 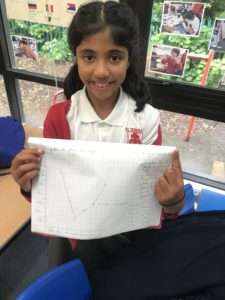 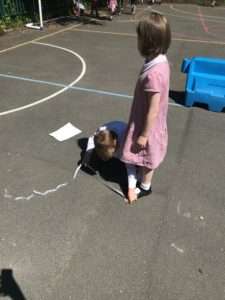