For anti-bullying week, Year 3 children participated in a number of activities – one for each day of the week. On Friday, children read Willy the Wimp by Anthony Browne. The story is about Willy, a diminutive chimp, who wouldn’t hurt a fly. It’s no wonder the suburban gorillas call him Willy the Wimp… until one day Willy answers a bodybuilding advertisement.

A very amusing story for children as Willy believes he must change by becoming bigger and stronger to tackle the bullies that often give him grief and this often results in plenty of humour as Willy works his way through a new diet and gym routine brought on by a very persuasive advert. However, the story ends with the suggestion that change comes from within. A really nice story to promote discussion and question best ways to deal with bullying. 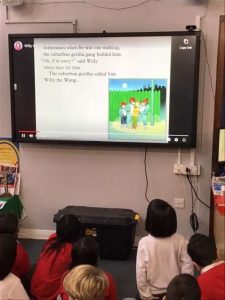 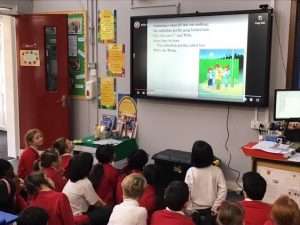 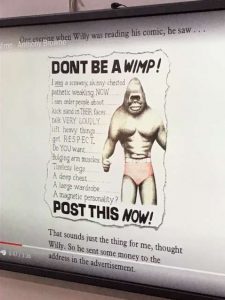 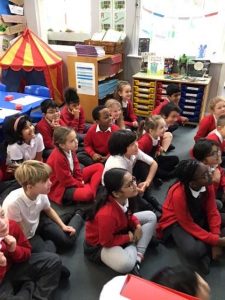