Year 2 had the opportunity to use a green screen in class last week as they aimed to enhance their creative story telling! A visit from GEM Education allowed the children to explore literacy through different mediums!

Children worked in pairs and took photographs of one another standing in front of a green screen and then inserted this image into a green screen application on the iPad (Green Screen by Do Ink). For a background, the children used a variety of images which included a picture of a pirate ship, a cave full of pirate treasure, and a sunny beach view. We then inserted each photograph onto one of our background images and even added special effects.

The second step in the process was to insert these images into an application called Book Creator. Children added narration to the images by recording sound directly to the iPad.

I will upload all of the photographs of the children and the images they created at a later date! 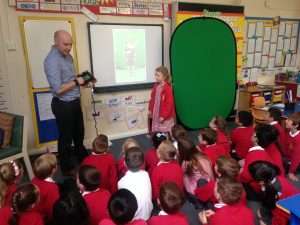 Mélina gets ready for her photograph! 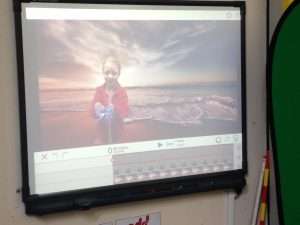 Mélina with her amazing pebble! 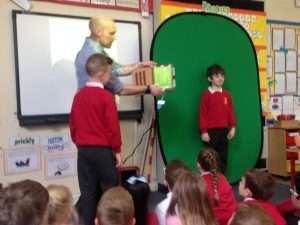 Owen gets ready for action! 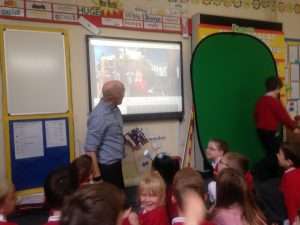 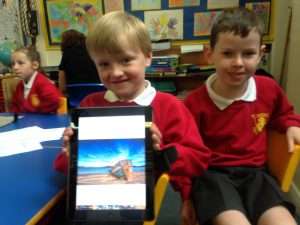 George and Daniel show off their sunny beach scene.