Mr Turner has spent another morning today in various classes. In Year 1 the children were measuring using their rulers the size of feet that were found around the classroom! The suspect animals feet could be found all round Year 1 after they had apparently broken in! The children were excited to measure the feet and find out what types of creatures could have made their way in to the classroom! 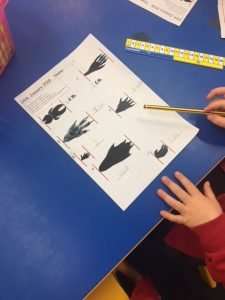 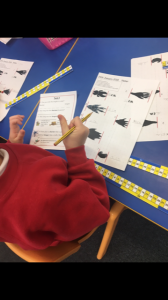 Mr Turner also got the chance to visit Year 2 who were learning all about making and interpreting pictograms. The children were all working hard to read data given to them and answer questions based around pictograms that they had made.

In Reception the children were learning the new sound ‘ow’. During the lesson children had to arrange themselves like the Alpha-blocks off the TV, so they made the correct sounds for their given word. Other children worked on their letter formation of the new sound and then went on a hunt around the school to find words with the new sound in.

It was a pleasure to see so many children engaged and enthusiastic about their learning this morning! Keep up the hard work!