During Lent, children were made aware of two charities that we would be supporting as part of our work around social justice.

The children were encouraged to ‘Give It Up’ as part of the CAFOD campaign to support their work overseas in countries effected by poverty. Children listened to the story of Rabiul from Bangladesh and heard how charities like CAFOD help him, his family and community to live better lives. In total over the Lent season children donated just over £195 from their own money having decided to give something they enjoyed up.

On the last day of the spring term we held our first every ‘St. Cuthbert’s Fair’ to raise money for St. Cuthbert’s Care -a North-East charity that helps those closer to home who need help and support. Children listened in assembly to one of the workers who came to tell our children about the important work that the charity did in our area.

On the afternoon of our St. Cuthbert’s Fair, children had donated their old toys and books to raise money for the charity. Children in older classes even worked together to come up with their own ideas for stalls that children enjoyed being part of… a great afternoon for all involved and nearly £155 raised! This money will be donated during the Good Shepherd Mass in May by two of our Mini Vinnies. 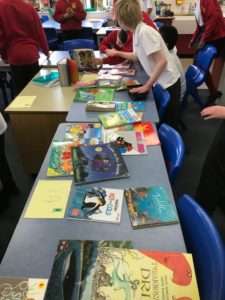 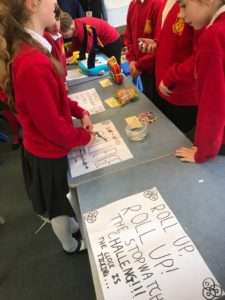