Forest School sessions were up & running as soon as the school year started in September. Our new Reception class were introduced to Forest School where they became Kings & Queens for the afternoon after making their very own nature crown. During their next session the children used sticks & grass to decorate the first initial of their name. Year 1 made rain catchers after exploring the surroundings, and they decided where to hang them in order to catch as much rain as possible over the coming weeks. Year 2 all made A Natural Man after collecting interesting materials from the forest floor. Year 3 have really enjoyed their Stone Age topic. They made Stone Age tools from sticks & stones, painted cave paintings using berries & charcoal and made models of Skara Brae using clay & slate. Year 4 made their own paint brushes by whittling sticks then painted their name in Egyptian hieroglyphics. Year 5 completed a maths challenge after hunting for clues attached to tree trunks around Forest School. 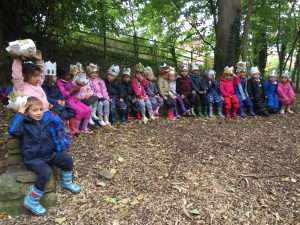 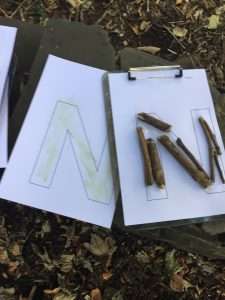 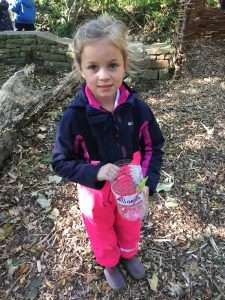 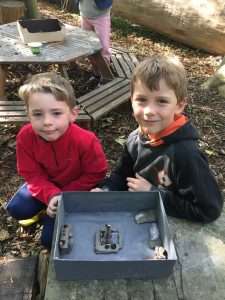 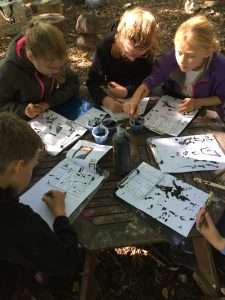 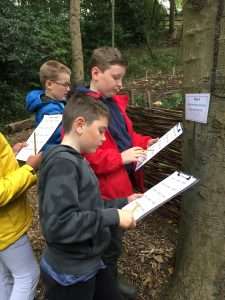